Alice earned a PhD in PER at Kansas State University in 2002. Her research involved the development, implementation, teaching, and evaluation of the New Studio approach to calculus-based introductory physics. “New Studio” introduced the a hybrid format of Lecture/Studio by combining the positive aspects of the traditional (lecture/recitation/laboratory) and active-engagement (Studio or SCALE-UP) formats.  Since arriving at UNC-CH in 2007, she has led the effort to improve the introductory physics, and by extension the physics major, experience for all students as part of the PhysTEC program implementation at UNC.  She has been instrumental in the renovation of several spaces into active-learning environment classrooms and was part of the development and implementation team for the introductory course sequences we converted to a Lecture/Studio format – a format modeled after the New Studio approach.  After implementation of the Lecture/Studio format, she stepped into the role of Introductory Physics Team Leader where she oversees the general operation of all four introductory courses to ensure a seamless operation.  As part of the improvement effort, she developed and teaches a seminar for new undergraduate and graduate teaching assistants introducing the students to Physics Education Research (PER) and its applications to the classroom.  In addition to her responsibilities within the department, she was instrumental to the development and implementation of the fast-track high school science teacher preparation program, UNC Baccalaureate Education in Science and Teaching (UNC-BEST) – a PhysTEC program initiative. Duane has been at UNC-CH since 2000, serving as the Director of Undergraduate Laboratories and a Lecturer in the Department of Physics and Astronomy.  He earned his PhD in Physics from North Carolina State University (the “red” school 30 minutes drive to the East) under the direction of Bob Beichner. His dissertation research focused on students’ understanding and reporting of the uncertainty associated with measurements, and he continues to explore this topic. While at NCSU, he assisted with the development of SCALE-UP and has helped lead the effort to convert the introductory physics classes at UNC from a traditional lecture/lab structure to the lecture/studio format.  As a member of the UNC Classroom Innovation Subcommittee, he has helped guide decisions to renovate several classrooms on campus to facilitate active learning beyond the Physics and Astronomy department.  While Duane spends much of his time working behind the scenes doing administrative work to ensure that the courses with laboratories run smoothly, he also enjoys teaching and likes to incorporate demonstrations whenever possible to keep students engaged and have “phun”! Colin received his Ph.D. in 2011 from the University of Colorado Boulder.  Although he worked closely with Colorado’s Physics Education Research Group, he was actually the first graduate student from the Department of Astrophysical and Planetary Sciences to complete a dissertation in astronomy education research. His dissertation (which was completed under the supervision of Edward Prather and Doug Duncan) focuses on the development and validation of a suite of cosmology Lecture-Tutorials for introductory, general education astronomy. After graduating in 2011, Colin did a three year postdoc at the Center for Astronomy Education at the University of Arizona, where he continued his astronomy education research and helped transform a large-enrollment, calculus-based introductory physics course.  Since arriving at UNC-Chapel Hill, Colin has joined the collaboration to reform the teaching of introductory physics for life science students, while maintaining his research and curriculum development efforts in astronomy and other fields of physics. Dan earned his Ph.D. from the University of New Hampshire in 2014 where he focused on (a) identifying student difficulties with fluid dynamics and (b) revealing student reasoning by using resource graphs and in-the-moment productivity. After graduation, Dan spent 3 years at Gustavus Adolphus College (in St. Peter, Minnesota) in a teaching post-doc position where he developed a rigorous curriculum for their general physics course and had the chance to create a course of his own design (namely: how to win game shows using ideas from mathematics and physics). Since arriving at UNC-Chapel Hill, Dan has been learning how to effectively run large lecture sections and has been helping modify the studio activities that are part of the introductory physics for the life sciences course. He is thrilled to be a part of the PAER group on campus and hopes that he can both continue his research into fluids with his new colleagues and update his course on games shows so that it can eventually become a part of the UNC curriculum. 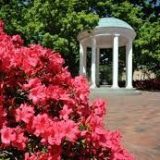 Laurie McNeil is the Bernard Gray Distinguished Professor of Physics, and has been a member of the UNC faculty since 1984.  She is an experimental condensed matter physicist specializing in optical spectroscopy.  As a Chapman Family Faculty Fellow at the UNC Institute for the Arts and Humanities she developed a plan to transform the introductory physics courses taught in her department to use active-engagement, student-centered pedagogy.  She obtained funding from the National Science Foundation and led the transformation of the introductory courses for physical science majors beginning during her time as Department Chair (2004-2009).  More recently she turned her attention to the introductory courses for life science majors, obtaining additional NSF support and leading the transition to Lecture/Studio format that was completed in AY2014/15.  She also was one of the founders of the UNC-BEST science teacher preparation program and the leader of the PhysTEC program implementation at UNC. David began his career in physics education research as a graduate student in Physics at Dublin City University, Ireland where he focused his research on the development and assessment of Physics by Inquiry curriculum for electric circuits, specifically circuits containing multiple batteries in multiple loops and RC circuits. Upon completion of his graduate degree, David worked with the Physics Education Group at the University of Washington for a period of three years, where he continued to develop and revise PbI electric circuits curriculum while also extending his research to introductory level laboratories. He investigated student understanding of IV characteristics and diode behavior which is intended to help inform curriculum development for introductory and upper-division electronics laboratories. Upon joining the Physics Department at the University of North Carolina at Chapel Hill, David has focused his efforts on the transformation of the introductory course for life science majors (IPLS). Recent research has shown that traditional IPLS courses rarely meet the needs of the student population where the physics needed to build a coherent understanding of biology is seldom fostered. As part of a team of physicists and biologists, David has aimed to address this deficiency by designing a new course that will both incorporate research-validated pedagogy and implement content relevant to the needs of the students enrolled in these courses.